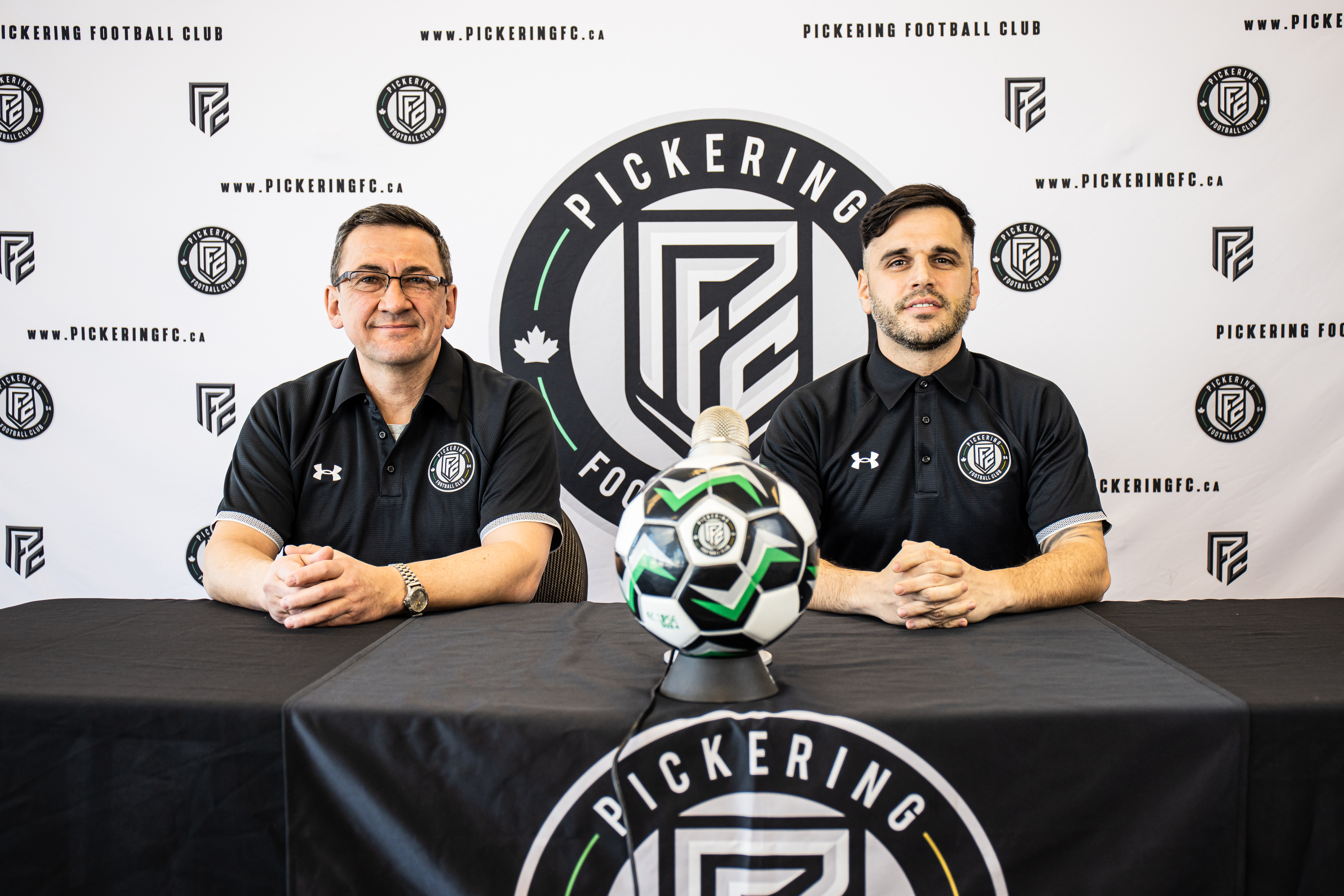 Both coaches have earned a UEFA A license from the Northern Ireland Football Association and have spent a combined total of 30 years coaching soccer in Ontario.

Balta joins Pickering having spent the past year developing the player pathway at FC Tesla Academy. His previous coaching role at North Mississauga saw him elevate the men’s team to the 2019 League1 Ontario playoff places for the first time, before becoming Technical Director at Hamilton United Elite.

Meanwhile, former OPDL scout Ovtchinnikov was the head coach of the Glen Shields FC 2005, 2004, and 2001 girls’ teams from January 2016 to November last year and won championships and
Ontario Cups in indoor and outdoor soccer, as well as futsal. He has also coached the girls’ U14 Canadian futsal team and several Ontario Soccer provincial 11-a-side boys’ teams.

Balta played semi-professional soccer in Canada and Ovtchinnikov to a high standard in his native Russia, and both have since become experienced coaches who are looking forward to orchestrating Pickering’s return to action in League1 Ontario.

Ritchie Jeune, the principal investor and license holder responsible for Pickering Football Club’s League1 Ontario teams, said: “We would like to thank all the candidates who put themselves forward for these coaching roles; we appreciate the time and effort that was evidently invested into their applications.

“We believe that Aleks and Dmitri are good fits for this club. They share a clear passion for developing the game in Canada and demonstrated during the interview process that they have the same ambition to take Pickering’s League1 Ontario teams forward.”

Balta said: “I want to thank the club for believing in me. Pickering and the Durham area have a wealth of talent, and through hard work, preparation, passion, and togetherness, we will create a team that is exciting to watch and that the city will be proud to call its own.”

Ovtchinnikov said: “Pickering Football Club has a long history of developing talented players and we hope to continue this in representing the club and the city. The future will bring some exciting challenges with the introduction of promotion and relegation confirmed for 2024, and I am very thankful to the organization for this opportunity.”

Please visit pickeringfc.ca/league1ontario for further updates and connect with the club by following @PickeringFCL1O on social media. To learn more about League1 Ontario, visit league1ontario.com and follow @L1OMens and @L1OWomens on Twitter, and @league1ontario on Facebook and Instagram.